All you need to know about GREAT Fitbit Sleep Score. The Fitbit Versa is a smartwatch that works as both a sleep tracker and a fitness tracker. It was ranked # 1 at many lists of the best sleep trackers for its heart rate monitoring capabilities. It also monitors blood oxygen levels, heart rate, and has sleep tracking technology that gives you a personalized sleep score.

Every Fitbit Versa trackers come with a free 90-day trial of Fitbit Premium.

Fitbit Premium gives you sleep information, sleep analysis, guided programs, workouts, and tools to improve your sleep quality. You will not be charged if you opt out of Fitbit Premium before the end of the trial period.

Sleep reporting features, health metrics, sleep stage tracking, motion tracking, oxygen sensor and more can be monitored with the built-in Google Assistant and Alexa, or with a smartphone app.

The Fitbit app can be downloaded from the Google Play Store or Apple App Store.

Sleep trackers are taking the world by storm. There are hundreds of different brands out there, and they all have a dizzying array of features that make it difficult to decide which one is better.

Based on our extensive testing, these are our 5 top choices for sleep trackers. Overall, the best sleep tracker is the Fitbit.

The first thing you need to know is that not every Fitbit offers Sleep Score. Almost all Fitbit trackers have sleep stages, but the two features are not the same.

Sleep Score gives you a deeper understanding of your sleep habits and collects more data with heart rate monitor and pulse oximeter. 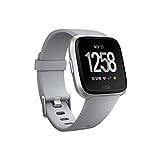 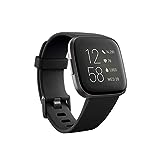 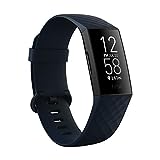 Another significant difference between sleep stages and sleep counts can be easily identified by the name⁠ – sleep scores give you an actual score that ranges from 0 to 100.

What is Fitbit Sleep Score?

So what do the numbers mean and what is the Fitbit Sleep Score?

This is a feature designed to give you a detailed overview of your sleep and help you develop healthy habits.

You’ll find it in your Fitbit smartphone app, right below the step and calorie counters. Of course, for it to work, you need to wear a Fitbit sleep tracker.

Once you have done this, the application will generate a report shortly after you wake up, usually after a couple of minutes.

In it you will find how long you slept, how long you were awake and how much time you spent in each stage of sleep: FAST, light and deep.

Your overall score is calculated based on all of these metrics. These are the typical ranges:

Don’t worry if you don’t score 90 or higher. According to Fitbit, most users score between 72 and 83 on average.

It’s also important to note that a score may not be generated every time. This can happen if your tracker has been worn too loosely, or if it has been in a position that interferes with a constant heart rate reading. Not all components of Fitbit’s sleep assessment are self-explanatory. If you haven’t explored sleep stages before, you may be a little confused. Therefore, we have broken down what each component really means.

This component is pretty self-explanatory. It shows how long you slept. However, we often wake up at night, even if we are not aware of it or remember.

Fitbit doesn’t include this time in its total sleep time metric, so don’t be surprised if your sleep time and wake-up time don’t exactly match the time you think you have been sleeping.

Fitbit also lets you set sleep goals, wake up times and sleep times, and get reminders. Seven to eight hours is the ideal time for most adults, and reaching it will improve sleep and rest performance.

It is important to understand sleep stages if you want to improve your sleep.

At night, we alternate between three different stages of sleep: REM, light and deep. Fitbit evaluates them using a combination of movement and heart rate.

Each stage plays an important role in your overall health, so it is a good idea to compare these against the averages for your age group.

Light: This is the stage where we usually spend the most time. Light sleep usually starts when we first fall asleep, but it happens all night long. Research shows that it promotes both mental and physical recovery.

REM: Also known as Rapid eye movement. This is the stage of sleep when we tend to have dreams and breath heavily. It usually starts around an hour or hour and a half after you fall asleep.

At this stage our brain doesn’t rest as we tend to have vivid dreams, which means our sleep is not as deep as in the Deep stage.

In addition our eyes move and our muscles such as arms and legs are paralyzed. This means some parts of our body like the brain and eyes are still having activity while other parts such as our muscle are in deep rest.

Deep: We are usually most relaxed at this stage and it is often responsible for how well we rested the next day. It helps with memory and learning, but it is also believed to support our immune system.

During this stage it is very hard for someone to wake you up as our brain produces delta waves and there is no muscle activity or eye movement, basically our whole body is shut down to a minimum of breathing and heart pumping.

Another important metric to check is the estimated oxygen change. If your wearable has a pulse oximeter, a table with this data will appear below the Time Spent in Each Sleep Stage graph.

Your Fitbit tracks your blood oxygen saturation overnight and the graph will show large fluctuations.

This data is very valuable because high blood oxygen levels are considered abnormal and may indicate breathing problems.

If you are constantly experiencing large fluctuations, it might be time to see your doctor. They can indicate a serious sleep disorder such as sleep apnea.

It should be noted, however, that your Fitbit tracker should not be used as a self-diagnostic tool. Always consult a healthcare professional.

Fitbit’s premium service comes with a host of perks, including sleep features. It gives you a more detailed breakdown of scores, explains why it’s important, and gives you tips on how to improve your sleep.

However, the two most important metrics that Fitbit Premium gives you access are your sleep heart rate and anxiety.

Together, these two metrics make up the Recovery Rate, another Fitbit Premium exclusive. This gives you a better idea of how restful your sleep was.

How to Improve Your Fitbit Sleep Score and Your Habits?

If your results aren’t the best, you might be asking how you can improve your Fitbit sleep score and your sleeping habits along with it.

The obvious applies. One of the best things you can do is have a regular sleep schedule and get at least seven hours of sleep every night.

This will have a positive effect on your mood and concentration and improve your score – 50% of Fitbit’s sleep score depends on the amount of time you sleep. Fitbit, on the other hand, claims that exercising early in the day will have a positive impact on your sleep.

It also recommends tracking your caffeine intake and using the Relaxation apps to calm yourself before bed.

You should use wearable sleep tracking devices if poor sleep is already affecting your daily productivity.

Since sleep is your way of resting and recuperating, not getting enough sleep can rob you of the energy you need to function properly throughout the day.

People who do not understand enough sleep cannot concentrate and are more likely to be forgetful. If you are showing symptoms of lack of sleep, a sleep tracker can help you pinpoint the source of your inability to get enough sleep.

Why do You Need an Orthopedic Pillow? Forget about Anxious Sleep Apnea