Sleep and wakefulness disorder is a discrepancy with the normal sleep and wake cycle characteristic of the patient and his environment, accompanied by complaints of insomnia or drowsiness.

There are the following types of sleep and wakefulness disorders:

The main problem with disturbed sleep and wakefulness disorder is that patients cannot sleep when they feel like it, although at other times there are no sleep problems. Accordingly, they cannot be awake when they want. A specific treatment for sleep and wakefulness disorders has not been developed, in some cases pharmacotherapy is used, but various psychotherapeutic techniques are mainly used – suggestive, behavioral, cognitive.

Interesting to Know about Wakefulness Disorder

According to experts from Harvard Medical School and Brigham and Women’s Hospital, people who sleep irregularly have an increased risk of metabolic disorders such as obesity, high blood pressure, high cholesterol and diabetes.

The results of the study are presented in Diabetes Care.

Most adults require at least 7 hours of sleep per night, according to the US Centers for Disease Control and Prevention (CDC). For ideal sleep and prevent nighttime awakening, it is recommended to follow a strictly established schedule, sleep in the dark without any electronic devices, and avoid heavy meals, caffeine and alcohol the night before.

The time of sleep and wakefulness is hereditary and individual. From the age of 18, the following regimen is usual

The reason light is so important for sleep wakefulness disorder is because it sets up a circadian rhythm, or biological clock, through special photosensitive cells (acting as light sensors) in our eye.

Our eye recognizes whether it is light or dark now around us, and in accordance with this regulates the circadian rhythm of our body – so that our internal and external conditions coincide.

This mechanism is so important that people with severe vision problems can completely lose their biological clock, which in turn can lead to insomnia.

Without daylight, a person’s biological clock begins to lag behind, adding about half an hour of darkness for each day to its 24-hour cycle.

Jetlag (Time Zone Change Syndrome) is the clearest example of how daylight affects us. Daylight hours in the new time zone restart our biorhythms according to local time, telling us when to go to bed.

If possible, before a long trip, travelers are advised to gradually shift the sleep-wake cycle in order to adapt it to the conditions of the place of intended stay; after arriving at a new location, they should maximize exposure to daylight (especially in the morning) throughout the day and exposure to darkness before bed.

In addition, short-acting hypnotics and / or stimulants can be used for a short period after arrival.

The optimal amount of sleep varies from person to person, but what we know for sure is that our bodies need to be exposed to very bright daylight, which is impossible to achieve when working in most rooms.

One of the side effects of this phenomenon is seasonal affective disorder (or winter depression), which affects about 2.8% of Europeans, and this is precisely due to the lack of sunlight. In these syndromes, the patient has a normal quality and total sleep duration in a 24-hour circadian rhythm cycle, but desynchronization of the desired and required time to fall asleep takes place.

In more rare cases, the cycle does not fit within 24 hours and patients wake up and fall asleep earlier or later each day. If it is possible to adhere to their natural cycle, then the patients will not show symptoms.

This syndrome is more common during adolescence. Getting up early to go to work or school is associated with increased daytime sleepiness, poor performance at school, and skipping morning classes.

They can be distinguished from people who go to bed late because they cannot fall asleep earlier, even if they try.

A slight delay in falling asleep time (less than 3 hours) is treated by a gradual earlier awakening, as well as therapy with bright daylight; it is possible to take melatonin 4-5 hours before the desired sleep. 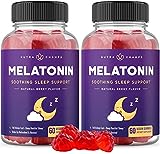 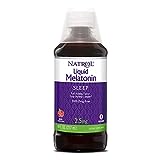 2.Sleep Advancement Syndrome: Early falling asleep syndrome (falling asleep early and waking up early) is more common in older people. For correction, you can use bright light therapy in the evening.

3.Non-24-hour sleep-wake cycle syndrome: This is much less common and is characterized by a free sleep-wake pattern.

The length of the sleep-wake cycle remains unchanged, but goes beyond 24 hours, leading to a daily delay in falling asleep and waking up by 1-2 hours.

A dose of 20 mg orally once a day is given at bedtime at the same time every night.