Causes of Occurrence Of Tinnitus Causes of Occurrence Of Tinnitus

The ears are responsible not only for the ability to hear, but also for our orientation in space (the vestibular apparatus is located precisely in the auricle). Therefore, the problem with the ears brings not only hearing problems, but also discomfort to the body in general.

Causes of Occurrence Of Tinnitus – Our Research

The concept of “tinnitus” came to us from the Latin language and in translation means “ringing or tinnitus.”

This noise can be extremely different. It ranges from a low hum and heartbeat to high-pitched squeaks and tones. Tinnitus can be perceived in one ear, in both ears, or felt as a noise in the head.

Tinnitus sounds can be different for everyone. Ringing tinnitus is quite common, but it can also be expressed as popping, buzzing, and clicking. The sounds of tinnitus can also change for each person every day.

Is Tinnitus a Social Illness?

Tinnitus can rightfully be called a social disease. Although it is actually a symptom (such as a fever or pain) and not a disease in the true sense of the word, tinnitus can develop into a disease in its own right under certain circumstances. In complex decompensated tinnitus, tinnitus is accompanied by other symptoms, such as depressed mood, sleep disturbances, lack of concentration, anxiety symptoms and various somatic complaints.

The question about the causes of tinnitus is asked very often, but it is not so easy to answer it.

It is impossible to say specifically how you can protect yourself from acute hearing loss and / or tinnitus.

Except perhaps the noise, which is one of the main reasons. A healthy lifestyle can also help keep us from getting tinnitus.

An important aspect that I would like to emphasize is progressive hearing loss, which most people simply do not notice.

For them, the foreground is tinnitus, which they want to get rid of without fail. Therefore, patients often refuse various measures, such as hearing aids and other therapies that require their active participation. All they want is a tinnitus pill.

The exact cause of tinnitus is often impossible to determine. Except when it is a consequence of acute sensorineural hearing loss or other ear diseases (otosclerosis, otitis media, hereditary diseases leading to hearing loss up to complete deafness, swelling, etc.).

Noise is one of the main causes of hearing damage and tinnitus today. More than 50% of young people from time to time feel “ringing” after listening to music that is too loud.

Possible causes of tinnitus include:

Objective tinnitus can in most cases be corrected with surgical and other medical procedures. In the acute stage of subjective tinnitus, i.e. immediately after its first manifestation and within the first three months, it makes sense to conduct an accurate diagnosis and therapy. In this case, it is necessary to diagnose not only the hearing organs, but also other important functional areas of the body.

Based on the results of the examination, the doctor will prescribe treatment.

The age structure can be described from the results of our epidemiological study. Of course, with age, the likelihood of developing any health problem, including tinnitus, increases.

But there are also young people who suffer from tinnitus, which especially bothers them and limits them at the very beginning of their professional life.

All patients experience the same basic fear: “What is behind tinnitus, what a serious disease?”

Therefore, the first step is to conduct a conversation with patients, free them from fear and explain the mechanism of the onset of tinnitus, regardless of the cause of its appearance.

After all, it is in stressful situations, with stress and physical exertion, that tinnitus is further enhanced.

In children, short-term tinnitus has been increasingly diagnosed recently. But in many cases, parents who have tinnitus themselves are to blame for their child’s focus on tinnitus.

For example, after a middle ear infection or after a rock concert, short-term tinnitus may occur, which usually disappears.

Other reasons include poor posture and school stress, as well as acoustic classroom conditions, social relationships, and parental pressure to achieve a successful maturity certificate from a child.

In conversation with parents, it is often found that tinnitus is more intimidating to adults than to the child. The evolution of tinnitus therapy

There is still no cure for tinnitus. But there are effective therapeutic methods such as retraining therapy, distraction therapy, etc.

The range of methods requiring active patient participation is quite wide. This includes the use of masking noise, prosthetics with hearing aids, awareness training with yoga, etc., and even psychotherapy.

Experience shows that cognitive behavioral therapy is most successful.

But when conducting any research, it is imperative to take into account who the patient is, what could have caused him tinnitus, how long he suffers from it, what is his hearing condition, what other diseases can play a role in this process, etc. 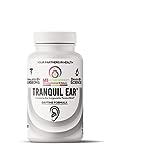 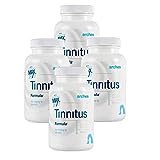 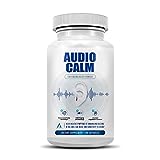 Only when all these aspects are taken into account can targeted treatment begin. Because: “You should always treat the person, not tinnitus.”

In my experience, the main therapeutic problem is that doctors indiscriminately apply different methods of treatment, like “shooting with a shock”, without considering the patient’s state of health or his personality.

They do not sufficiently distinguish which therapeutic method is appropriate for each patient. But numerous studies suggest that new treatments should emerge in the coming years.